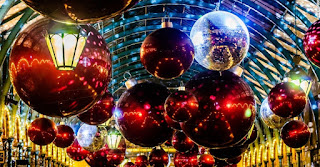 Good morning. Welcome to wwwblogs. Today, we’re going to be talking about internet trolls and how we respond to them. Oh boy, isn’t that a job!

The internet allows people to post on a variety of subjects and interact with others in civilized conversations, most of the time. Authors particularly love social media because it offers them the opportunity to get their books out to a worldwide audience, but there are dangers in surfing the net and opening yourself to others.

Meet the trolls. These are people who lurk in the social media background. They are looking for an unsuspecting person, someone they can attack and run. Unless, of course, you respond to their post with an argument. Then, it’s game on and you, the author, are about to lose in a big way.

What are internet trolls? They are individuals who seek out what they see as weaknesses. Say you’re promoting your latest release. You’ve carefully set up the posts to intrigue new readers, interest them enough so they’re going to buy your book. While working on this, you happen to notice a notification from Facebook or Twitter that someone has responded to it. You don’t recognize the name, but you are on the hunt for new readers, so you open the post and are met with…

What a dumb idea. So what? Some dummy got in trouble. Big deal? That’s not a good idea for a book.

Right about now, you’re seeing red. All you want to is block this individual. That might work, or the troll more than likely has many accounts under different names, and they will return with an even nastier post. You could respond, if you enjoy arguing most of the day with a person who is determined to prove to the rest of the world that you are a loser. Or you can just ignore the troll. They might post a few more times but without feedback from you, they’re off soon to bother someone else, who will feed their desire to prove they’re right.

I’ve had my share of trolls. Usually, I never reply to them. One last month had me smiling. They were complaining the cover art for a book that’s been out for five years had the Photoshop lines showing. Of course, I enlarged the cover and searched it carefully. I happen to know the artist very well and knew she hadn’t left any Photoshop lines in it, but… well, tis better to check than not. Anyway, I did respond to this troll, saying thank you and I’d check it out, but never mentioning they were the first person in five years who had seen this, including quite a few blogger/reviewers who thought the cover was amazing. Those people have very sharp eyes when it comes to cover art and would have alerted me immediately if they saw anything wrong. Luckily, I must have appeased that troll, for they vanished into the mists of the internet.

On the same day, I got a troll who used all 280 characters on Twitter to rant about how the book I was promoting was dumb, foolish, and there were people who were in far worse straights and why couldn’t I write about them. Oh, the temptation. I really wanted to respond, but the bitterness of this message told me that would only bring about more ranting, so I moved on. Troll vanished by the next day.

Just remember, internet trolls only have one purpose… to engage someone and trash them for their hard work. So, Don’t Feed The Trolls! 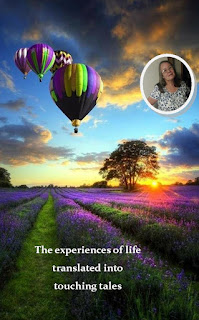